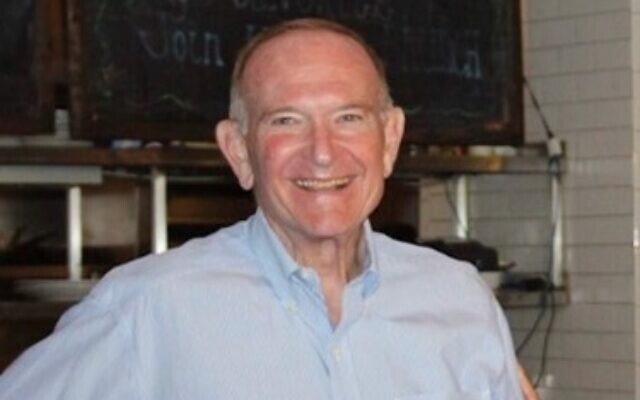 As many of you already know, we said goodbye to Brother Paul Mandé ’69 earlier this year. He led our alumni board for many years during the 1980s and 1990s and actively supported Xi Chapter throughout his alumni experience. He made a real difference for generations of Phi Eps and ZBTs.

Brothers, if you have any stories, memories, or special moments you shared with Paul, we are asking that you submit them to our alumni communications partner at [email protected].

Paul Mandé, a devoted family man and standout musician with a passion for serving his community, passed away peacefully on May 3 at the age of 74.

Paul was known for his engaging personality, his love for storytelling and his dedication to family, friends and the organizations he so passionately served. His commitment to his many causes was surpassed only by his love for his wife, Audrey, his three children and their spouses and his four beloved grandchildren.

Paul was born in Mamaroneck, N.Y., and raised in Miami, where he attended Coral Gables High School and honed his skills on the clarinet. He later attended Georgia Tech on a full academic scholarship, where he was president of the Georgia Tech Band and a proud member of Phi Epsilon Pi.

After earning a physics degree in 1969, Paul embarked on a career in engineering before beginning his own company, Cherry Systems, which specialized in data recovery. Later, he branched out into an emerging new cybersecurity realm by launching Discovery Computers and Forensics.

Inspired by his experience on Georgia Tech’s campus, Paul was an executive trustee for Zeta Beta Tau’s House Corporation for more than 15 years, and a generation of graduates still remember him fondly. His passion for Judaism ran deep. He was a proud member of Temple Emanu-El and, later, Chabad of East Cobb.

For much of his life, Paul could often be found on nights or weekends in friendly competition on the tennis court, speeding through choppy waters on his boat at Lake Arrowhead or playing clarinet and saxophone for the Modernaires Big Band and other large audiences.

His passion for music was a constant throughout his life and he relished the chance to play music in shows at the Marcus Jewish Community Center, his Dixieland group and the Cobb New Horizons Band.

In addition to bringing joy to his many audiences through music, he served for years on various committees for the Willow Point Homeowners Association and more recently took on a role as a patient and family adviser for Emory Healthcare. He never missed a chance to volunteer his time when he felt he could make a difference in people’s lives.

Paul is survived by his wife of 28 years, Audrey, whom he loved dearly, and his children and their families: Chris and Marion Mandé, Craig and Pam Marbach and Sheryl and Greg Bluestein; and four grandchildren: Noah Marbach, Claire Marbach, Nicole Bluestein and Brooke Bluestein. He’s also survived by his sister, Fran Pollack, and his niece, Michele Gust. He was predeceased by his former wife, Debbie Mandé, and his parents, Sally and Pierre Mandé.

In lieu of flowers, the family asks that donations be made to the Winship Cancer Institute at https://winshipcancer.emory.edu/support-winship/give/ or Chabad of Cobb at chabadofcobb.com.