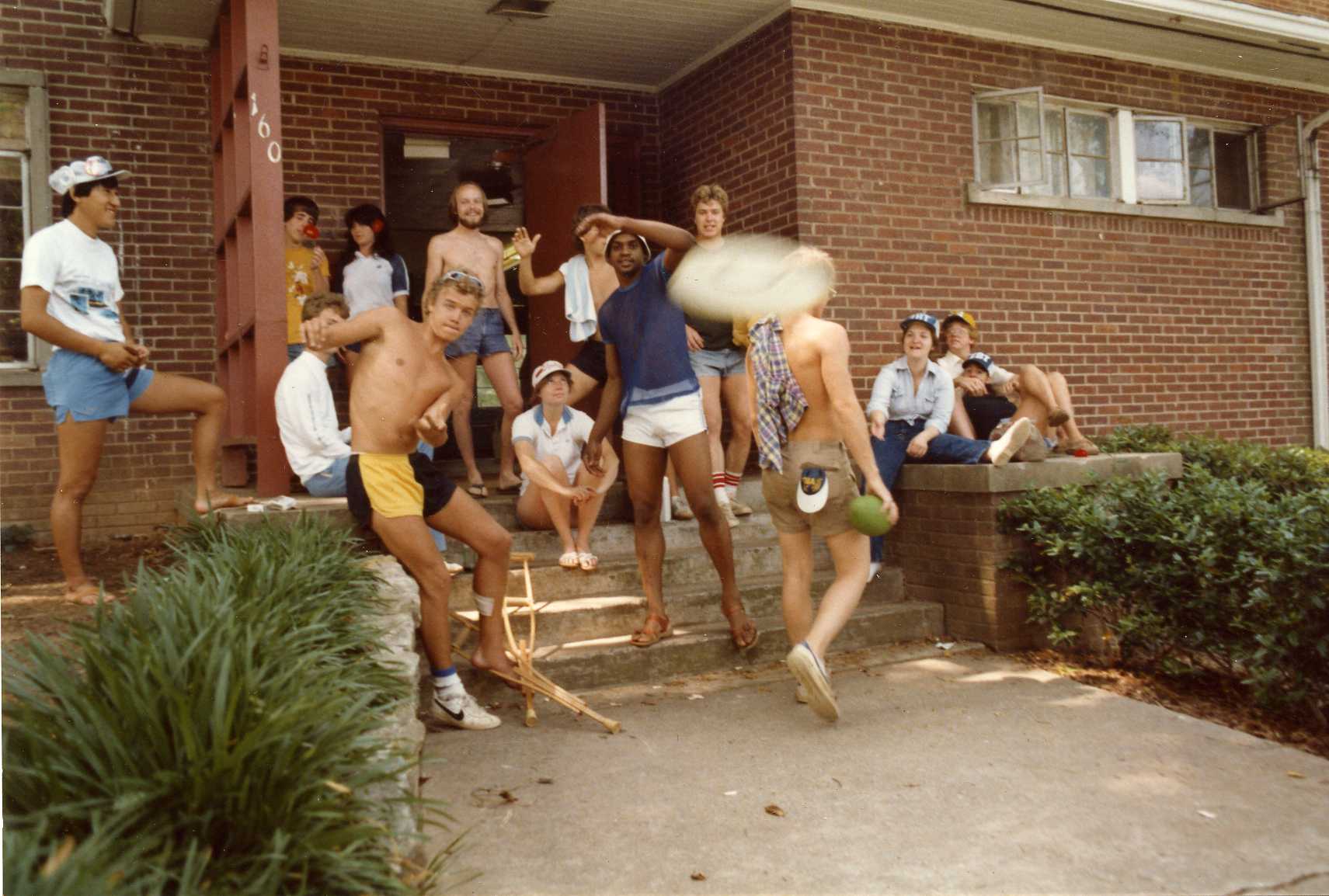 Even on crutches, Steve shows how to throw a frisbee.  With brothers and friends on the front porch.

We are saddened to report the passing of Steve Novak ’83.  Brothers from the 1980s shared memories of him over the past several weeks.  Among the accolades, he was cited as a good friend and a “force of nature.”  While in school, he was vice president of Xi Chapter.  He will be missed.

Obituary courtesy of The Daily Star: 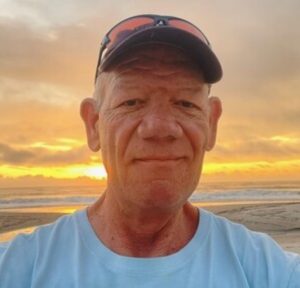 FERNANDINA BEACH, Fla. – Stephen Eric Novak, “Steve,” of Amelia Island, Florida, passed away on Nov. 29, 2022, at his home, surrounded by love. He was a beloved husband, brother, uncle, business partner and friend.

He was a graduate of Morris Central School in Morris, and Georgia Institute of Technology in Atlanta.

After graduation he worked in the chemical industry in the Atlanta and Charlotte areas until his retirement. While in Charlotte he met and married the love of his life and best friend, Taisa. They moved to Fernandina Beach in 2015 where he began a second career in consulting and as a partner in Srion Tech.

Steve had a lifelong love of cooking, the beach and football. Weekends were always celebrated with his great food from the grill or smoker. He was a fan of the Ramblin’ Wreck and Carolina Panthers, no matter how good or bad the season. He even tolerated the UT orange his love insisted on wearing on Saturdays saying he would just put on his sunglasses. He was known for his uplifting sunrise pictures he posted online every morning. He was also an avid reader and always had a book nearby.

Steve had a kind heart, infectious laugh and was always ready for a good joke. He was a generous man and dedicated to his family and friends. He truly lived life to its fullest. He is free now to let his spirit soar.

The family thanks Dr. Vu and his staff at MD Anderson and Community Hospice for their care.

A Celebration of Life will be planned for a later date.